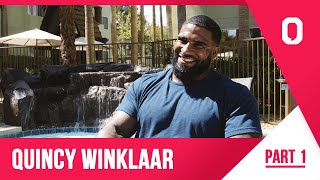 Quincy Winklaar on the army, competing & his brother stealing all the right genetics. (part 1) 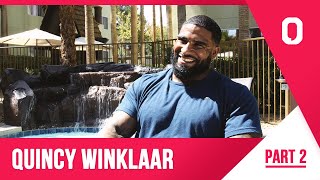 Quincy Winklaar on if he tried his brothers formula & if they will ever compete on stage. (part 2) 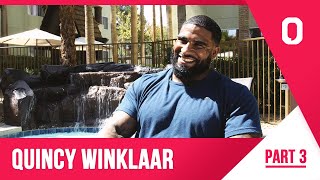 Quincy Winklaar on his life besides bodybuilding. (part 3) 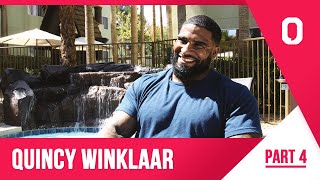 Quincy Winklaar on what is important in life & losing a friend during his time in the army. (part 4) 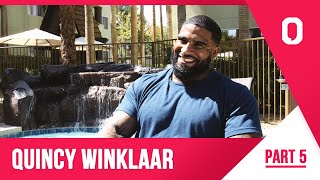 Quincy Winklaar on being in trouble if he misses a meal his wife prepped for him. (part 5) 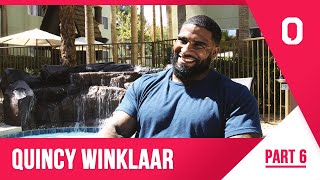 Quincy Winklaar is a professional bodybuilder, army veteran, and former police officer from the Netherlands. His larger than life personality, combined with his motivational videos have inspired many fans to take up bodybuilding.

Quincy’s first taste of bodybuilding came when he joined the Dutch army in 1999. Due to the demands of the army, Quincy had to stay extremely fit, but, he also wanted to build muscle, so he incorporated weight-lifting into his gym routine.

Gradually, he created a professional workout plan which focused on his legs in particular, as he saw them as “small”. He also developed a diet plan to match, and in turn, his body became more proportional – allowing him to think seriously about becoming a professional.

He eventually realized his dream and became a Pro competitor in 2012. Quincy now competes at the IFBB level; continuing to train toward his next competition.