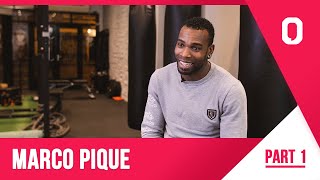 Marco Pique on his upbringing and seeing white people for the first time. (part 1) 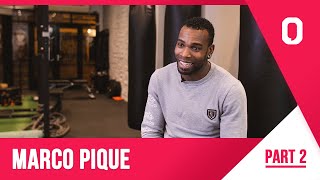 Marco Pique on why he became a kickboxer at the age of 16 and his fighting style. (part 2) 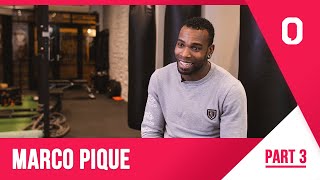 Marco Pique on if he fights better when he's aggresive & rookie mistakes. (part 3) 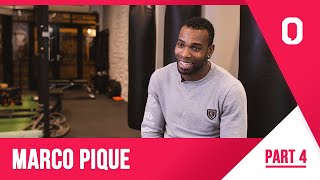 Marco Pique on what was his goal in kickboxing. (part 4) 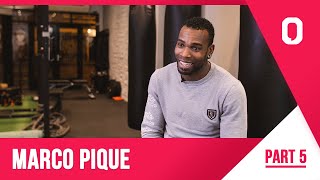 Marco Pique on if he has any regrets & how did he cope with his losses. (part 5) 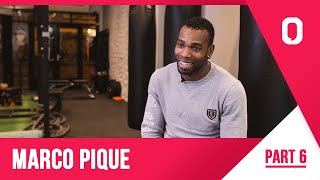 Marco Pique on what makes kickboxing special compared to other sports. (part 6) 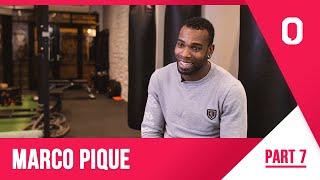 Marco Pique on if he know he will win or lose during a staredown. (part 7) 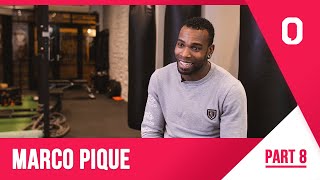 Marco Pique on if he feels sorry when he sends someone to the hospital. (part 8) 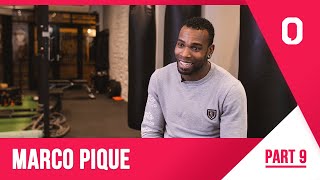 Marco Pique on how his face is still intact after so many fights. (part 9) 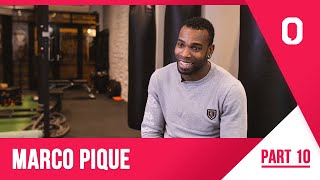 Marco Pique on his family being afraid of something happening to him during a fight. (part 10) 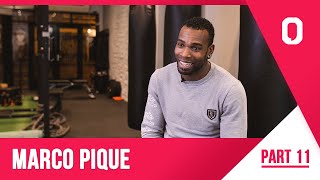 Marco Pique on how he looks back on his very first fight ever. (part 11) 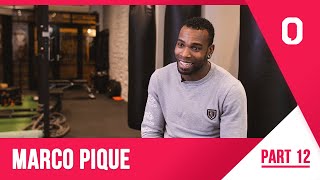 Marco Pique on the time he almost got KO'ed. (part 12) 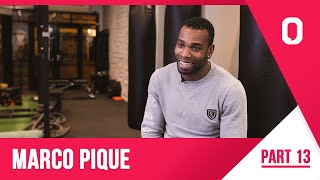 Marco Pique on which action movies motivated him when he was younger. (part 13) 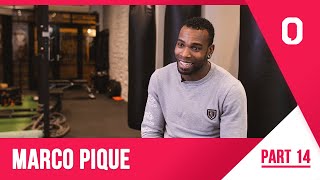 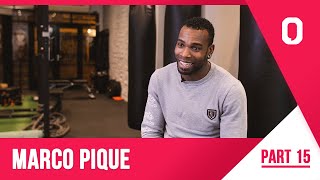 Marco Pique on what he learned during his career to pass on to the next generation. (part 15) 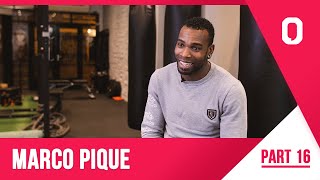 Marco Pique on who are some of the greatest fighters of all time in Muay Thai. (part 16) 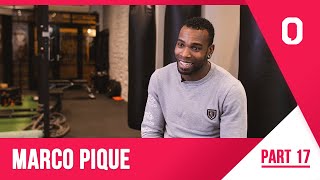 Marco Pique on some of the guys in the heavy weight class looking obese. (part 17) 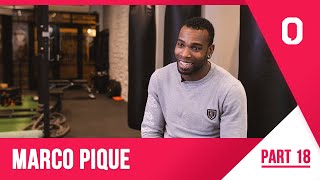 Marco Pique on if he uses his fighting skills on the streets. (part 18)

My name is Marco Pique and I am a former World Champion Kickboxer / Muaythai fighter. It all started when I was 16 years old when I walked past a gym and heard those loud noises. I then took a look through a window and saw some fighters punching and kicking a couple of punching bags. I was in awe, so I took a trial lesson and was immediately sold. After years of fighting I started to build a name for myself in the Netherlands. A big opportunity presented itself when I had to compete against Buakaw por Pramuk at a big event in the Netherlands. At the time, he was the best Thai fighter in the world. That match was very important to me and I was extremely motivated. I lost, but it was one of my best matches that I have ever fought. That match was broadcasted on Eurosport. At that time the internetwas not that ‘big of a deal’, so Eurosport was important and a well-known television channel worldwide. I gained worldwide fame and was invited to compete against other great fighters from around the world. After many years of fighting in the ring, it was time for something new. It was time to implement other ideas. Now I run my own gym: CreativeFit. I teach kickboxing, also with the use of functional power elements and movements. I am extremely motivated to bring out the best in my clients. I want to exceed their own expectations. This distinguishes me from other trainers / gym owners. See also my Website: Creativefit.nl Instagram: Creativefitt Facebook: Creativefit