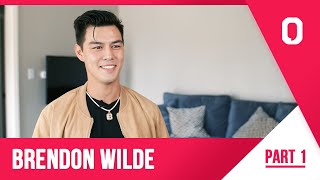 Brendon Wilde on his goals, what he learned from acting classes & his management. (part 1) 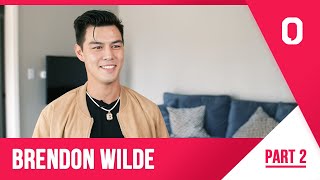 Brendon Wilde on how he get discovered, doing campaigns for GNC, Buzzfeed & Hollister. (part 2) 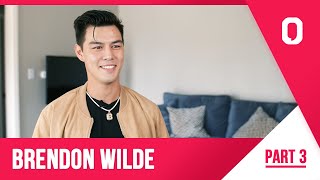 Brendon Wilde on what makes a good model, downsides to modeling & haters. (part 3) 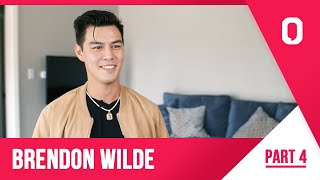 I grew up in Potomac, MD and always enjoyed theater and movies. I began acting in Junior high school and won the schools and regional Shakespearean competition. In high school, I played a bunch of sports and was really good at lacrosse and track. Even received a football scholarship to Jamestown College in North Dakota where I was on a Dean’s List. In high school, I was one of the founding members of the National Art Honors Society in ceramics, and continued in college where I was recognized for the state’s upcoming artist award in North Dakota, and I was the senior class aid as a freshman.

In 2015, I wanted to pursue more acting and modeling, and attended an open call audition with my brother where I was called back. I was hooked and auditioned and got cast myself for various background roles in TV shows, and films. (Veep, Limitless and Falling Water, How to be Single, Money Monster, and TMNT2 and became SAG eligible on my birthday and within a year, making me want to move to LA.

As a model, I walked in DC Fashion Week and was soon after invited to compete in the International Model and Talent Association (IMTA) competition in 2016. At IMTA, I finished with 13 total awards, including, 1st place in Runway, 2nd place as Male Model of the Year, 3rd place as Male Actor of the Year, and 4rd Most Sought-After Model with 47 callbacks. I’ve also done catalog work for Burlington Coat Factory, GNC, and a holidays sales video for Hollister and Buzzfeed.

I was recently signed to the management of Somnium, and have made my first event appearance alongside DateFit. I’ve also gone on the red carpet at the Cannes Film Festival, Teen Vogue and Snapchat, and was able to sit and attend Paris Fashion Week.